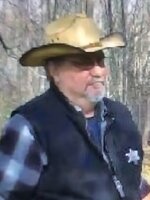 William passed away August 8, 2022 at the age of 68.  He was born in Pinconning October 26, 1953 to the late Ralph and Irene Burleson.  He was a member of American Legion, proudly serving his country in the U.S. Navy.  He enjoyed spending time with his family and friends, playing pool with John, and was an active gardener, hunter, and traveler.

Per his request, cremation has taken place and he will be placed at Great Lakes National Cemetery in Holly MI at a later date.  To sign online guestbook, visit www.cremationsocietymidmi.com  Arrangements made with Cremation Society of Mid Michigan.