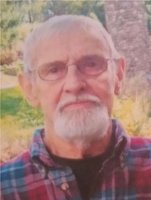 Richard "Dick" Lake, age 88, of Corunna, MI died peacefully April 1, 2021 at his home. At his request, no service will be held. Dick was born June 22, 1932 in Owosso, MI to Ned (Sr) and Frances (Kennedy) Lake. He served in the United States Army during the Korean War. Dick mentored area youth as the Owosso/Corunna area boxing coach for many years. He also spent a good portion of his life pursuing his passion raising golden retrievers under the “Hilltop Goldens” kennel name. Dick served in several positions on the board at Leisure Lake Campground in Durand, MI. His playful sense of humor and outgoing personality made him friend to many in the area. He could often be found at one of his many favorite eating establishments in the area, but his favorite by far was the South 401 Restaurant in Corunna, MI. In memoriam, the family suggests that you consider donations to the Cystic Fibrosis Foundation. To sign online guestbook, visit www.cremationsocietymidmi.com