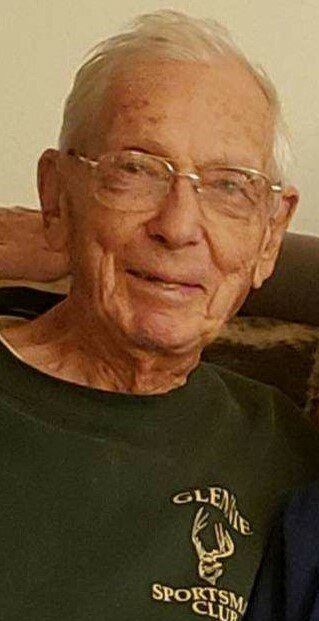 Don passed away on June 11, 2022 at the age of 92 years young. He was born on May 15, 1930, to the late Margaret & Frederick Archangeli, in Saginaw, Michigan.  He served his country as a Staff Sergeant in the Air Force during the Korean War. He was a longtime member of both the Experimental Aircraft Association and the American Legion Post #439 in Saginaw, Michigan. What he loved most was spending time with his family, especially his grandchildren and great-grandchildren. He greatly enjoyed hunting and fishing, with bow hunting being a longtime passion. He was a longtime private pilot, who loved airplanes, flying, and had built two experimental aircraft.

He is survived by his loving wife of 71yrs., Kazma “Kay” Archangeli; his children, Donald W., Geri, Tim, and Mike (Debbie) Archangeli; nine grandchildren; ten great-grandchildren; and many close nieces and nephews. He was predeceased by his brother Robert, and sisters Helen and Lois (Eastman) Archangeli.

Per his wishes, cremation has already taken place and a private family Celebration of Life will be planned for a later date. In lieu of flowers, those planning an expression of sympathy, are asked to consider Memorial Contributions to either the American Cancer Society, or St. Jude Children’s Research Hospital.  www.stjude.org

The family would like to give a special Thank You, to neighbor and niece, Cheryl Diener, for the man things she has done during the last few months.  To sign online guestbook, visit www.cremationsocietymidmi.com  Arrangements by the Cremation Society of Mid Michigan.

To send flowers to the family or plant a tree in memory of Donald Archangeli, please visit Tribute Store

A Memorial Tree was planted for Donald
We are deeply sorry for your loss ~ the staff at Cremation Society of Mid-Michigan
Join in honoring their life - plant a memorial tree
Services for Donald Archangeli
There are no events scheduled. You can still show your support by sending flowers directly to the family, or planting a memorial tree in memory of Donald Archangeli.
Visit the Tribute Store

Share Your Memory of
Donald
Upload Your Memory View All Memories
Be the first to upload a memory!
Share A Memory
Send Flowers
Plant a Tree