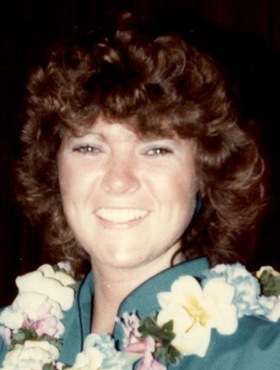 Please share a memory of Carol to include in a keepsake book for family and friends.
View Tribute Book

Carol passed away the evening of June 24, 2022. She was born October 1, 1962 to the late Robert J. Morrison and Irene Morrison. Born and raised in Bay City, Carol proudly served her country's armed forces in the U.S. Navy. As part of her service she was commendated numerous times for her diligent and tireless work ethic. She traveled abroad to many countries which influenced her love of history and culture, a love of which she passed to her children. She was a fiercely independent woman and and a loving mother and sister and she will be missed.

A graveside service has been held for Carol at Oak Ridge Cemetery. To sign online guestbook, visit www.cremationsocietymidmi.com Arrangements made with the Cremation Society of Mid-Michigan.

To send flowers to the family or plant a tree in memory of Carol Martinez, please visit Tribute Store

Look inside to read what others have shared
Family and friends are coming together online to create a special keepsake. Every memory left on the online obituary will be automatically included in this book.
View Tribute Book
Services for Carol Martinez
There are no events scheduled. You can still show your support by sending flowers directly to the family, or planting a memorial tree in memory of Carol Martinez.
Visit the Tribute Store

Share Your Memory of
Carol
Upload Your Memory View All Memories
Be the first to upload a memory!
Share A Memory
Send Flowers
Plant a Tree