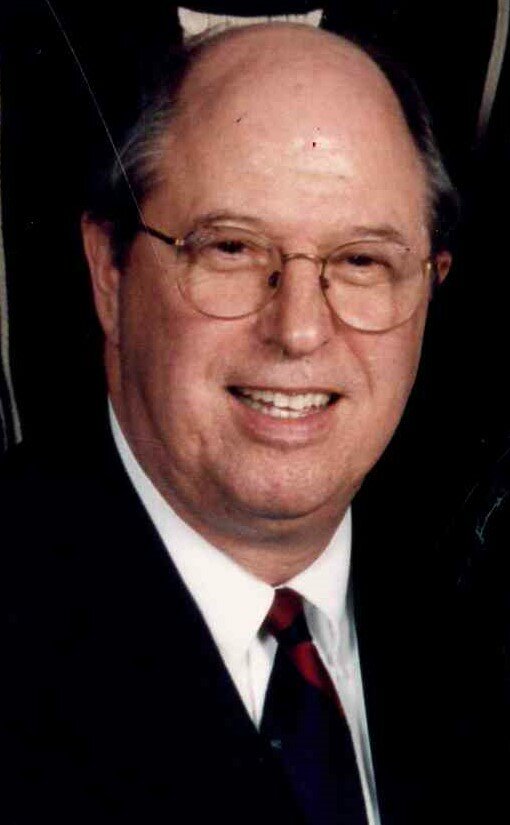 Dennis, age 82, passed away peacefully at home on Monday July 18, 2022.  Dennis Martin was born on February 21, 1940 to the late John A. and Mary K. (Martin) Stewart.  He was a 1958 graduate from Arthur Hill High School, Saginaw, Michigan, he was a 1962 graduate of Dartmouth College earning a Bachelors of Liberal Arts with a Minor in Latin, he then graduated in 1963 from the University of Michigan earning his MBA.  Dennis started his career at NBD Bank in Detroit where he met the love of his life Bonnie I. Copeland, they married on February 26, 1966. They moved to Saginaw shortly after. He earned a degree from the Graduate School of Banking at the University of Wisconsin in 1976. He worked hard to get the title of Vice President of Commercial Loans for Second National Bank before he left to pursue a certificate as an Investment Broker in 1980. He was employed the rest of his career at AG Edwards and Sons in Bay City.  Dennis was involved in many civic activities over the years.  He served as President of the M Club in the 70s, Regional Recruiter for Saginaw Bay area Dartmouth College, was an instructor of Finance at Delta College, was a member of Castle Museum and Saginaw Bay Symphony Orchestra donor and a member of Certified Financial Planners.  Mr. Stewart is survived by his wife Bonnie I.  Stewart, their 3 children Colin C. (Wendy) Stewart, Courtney S. Rogers and Brett M. Stewart.  Also surviving are his 3 grandchildren   Kallie K. McGuire, Bailey I. Rogers and Shae H. Rogers and his brother Robert (Bob) Stewart of Harbor Springs. He was predeceased by his parents and 2 brothers John A. and Albert W. Stewart. Cremation has taken place and a celebration of life will be held at 4:00 P.M. on Thursday August 18, 2022 at Spencer's Route 46, 5530 Gratiot Road, Saginaw, Michigan  48638.  Those looking for an expression of sympathy in lieu of flowers are asked to donate to Bonnie, or the Toni and Trish House of Auburn or the American Cancer Society.  To sign online guestbook visit www.cremationsocietymidmi.com

To send flowers to the family or plant a tree in memory of Dennis Stewart, please visit Tribute Store
Thursday
18
August

Share Your Memory of
Dennis
Upload Your Memory View All Memories
Be the first to upload a memory!
Share A Memory
Send Flowers
Plant a Tree