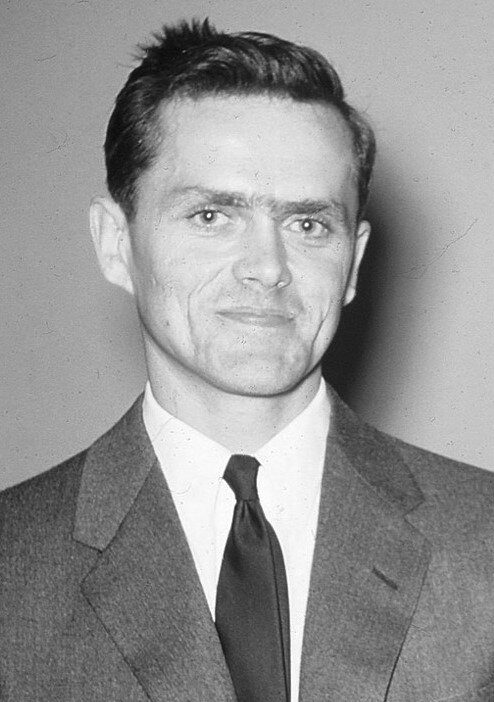 Please share a memory of Clair to include in a keepsake book for family and friends.
View Tribute Book

Clair Douglas Pardee, age 93, of Saginaw, MI passed away peacefully on Wednesday, August 17, 2022. Known as "Doug", he was born in Detroit Michigan on November 19, 1928 to the late Marjorie (Snow) Pardee and St. Clair Bean Pardee.

He attended Rodney B. Wilson High School in St. Johns Michigan, and then followed in his father’s footsteps and attended the University of Michigan in Ann Arbor, where he obtained his degree in Architecture.  Upon graduation from the U of M, Doug enlisted in the U.S. Navy where he obtained the Officer's rank of Lieutenant Navigator of an LST transport ship. He was stationed in Japan between 1953 and 1955, and it was there that Doug met his bride Taeko (Shiba) and they were married in 1955. Doug was always enthusiastic about his profession where he designed and oversaw many large architectural projects all across the country. He was an avid dog lover and was frequently seen taking his long walks.

Doug is survived by his wife, Taeko; two children, Douglas (Ann) Scott and Mark David; five grandchildren; and three great-grandchildren. He was preceded in death by his sister, Maxiene Healy-Erath of Culver Indiana.

Cremation has taken place.  A family memorial service with interment at Great Lakes National Cemetery will be held at a later date. To sign online guestbook, visit www.cremationsocietymidmi.com

To send flowers to the family or plant a tree in memory of Clair Pardee, please visit Tribute Store

Look inside to read what others have shared
Family and friends are coming together online to create a special keepsake. Every memory left on the online obituary will be automatically included in this book.
View Tribute Book
Services for Clair Pardee
There are no events scheduled. You can still show your support by sending flowers directly to the family, or planting a memorial tree in memory of Clair Pardee.
Visit the Tribute Store

Share Your Memory of
Clair
Upload Your Memory View All Memories
Be the first to upload a memory!
Share A Memory
Send Flowers
Plant a Tree