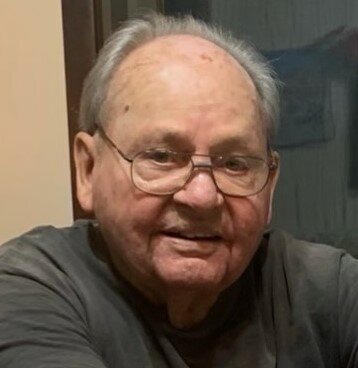 Please share a memory of Sidney to include in a keepsake book for family and friends.
View Tribute Book

Sid Wolfgang, age 90, passed away September 11, 2022 at McLaren Bay Region hospital.  He was born in Saginaw on February 15, 1932 to the late Sidney H. and Clara Wolfgang. On March 17, 1951 he married the love of his life, Barbara Marsh. Together they shared 71 years. She survives him. He worked for several years in the oil fields. Together they raised five children.

He is survived by two sons, Sidney (Suzanne), Michael (Mona); and two daughters, Christine Senske and Margaret Wolfgang; as well as son-in-law, Raymond Peppel. He was predeceased by his eldest daughter Mary Lou Peppel, and two grandchildren. He is also survived by his brother, Roy Wolfgang; 11 grandchildren; 20 great-grandchildren; and one great-great-grandchild on the way. He was predeceased by his parents; brother, Don (Phyllis) Wolfgang; sisters, Ilah (Ed) Stoll and Norma Mahan; as well as sister-in-law, Marion (Roy) Wolfgang.  Per his wishes, cremation has taken place and no services are scheduled at this time.  To sign online guestbook, visit www.cremationsocietymidmi.com  Arrangements made with the Cremation Society of Mid Michigan.

To send flowers to the family or plant a tree in memory of Sidney Wolfgang, please visit Tribute Store

Look inside to read what others have shared
Family and friends are coming together online to create a special keepsake. Every memory left on the online obituary will be automatically included in this book.
View Tribute Book
Services for Sidney Wolfgang
There are no events scheduled. You can still show your support by sending flowers directly to the family, or planting a memorial tree in memory of Sidney Wolfgang.
Visit the Tribute Store

Share Your Memory of
Sidney
Upload Your Memory View All Memories
Be the first to upload a memory!
Share A Memory
Send Flowers
Plant a Tree