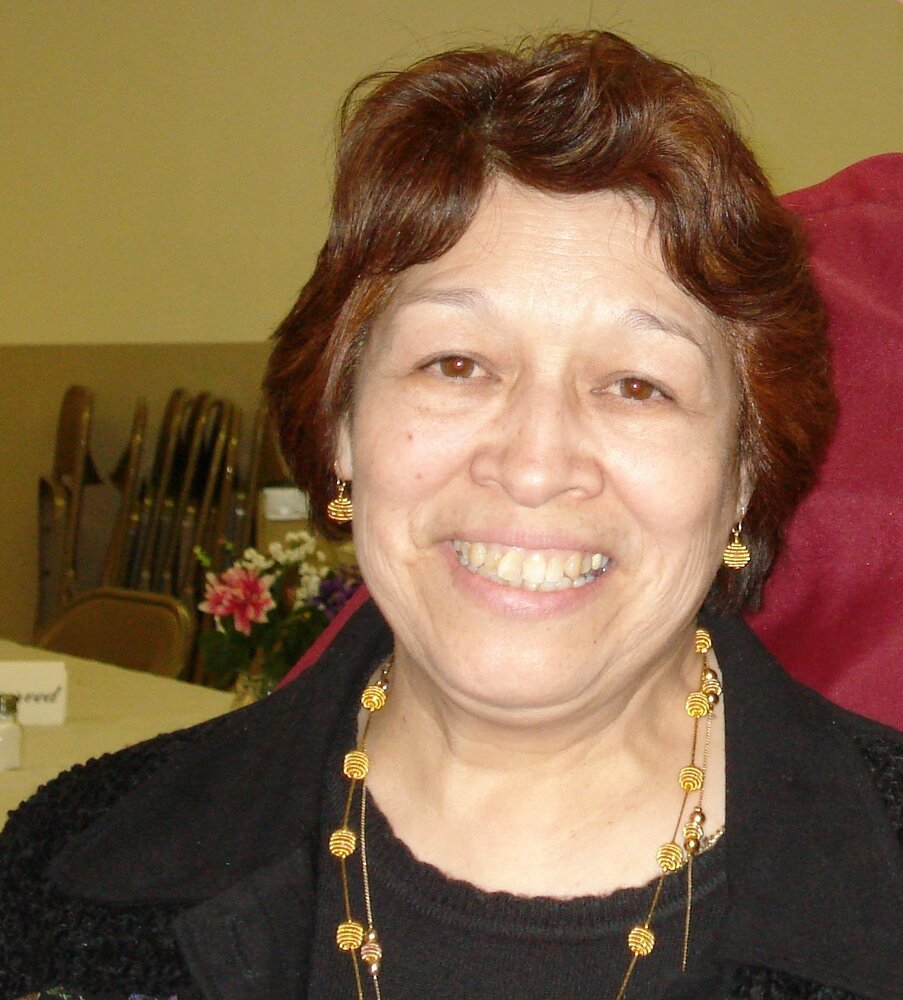 Marie "Mickey" Coulter, our beloved sister and aunt, died at the age of 74 on September 29, 2022 at Brian’s House Community Hospice in Essexville, following a lengthy illness.

The daughter of the late Gumecindo and Guadalupe (Herrera) Gonzalez was born in Saginaw on November 12, 1947, and grew up in Carrollton, graduating from Carrollton High School in 1966. She married Lawrence "Larry" Coulter in August of 1992; he predeceased her in 2018.

Mickey was fluent in English, Spanish, and American Sign Language, and excelled at Gregg Shorthand. From the 1960s-90s, she worked as a secretary with Latin American Affairs and became active with the mid-Michigan Deaf community, serving as an American Sign Language interpreter with V.O.I.C.E. in the Saginaw area for many years. In addition to this, she was employed at various restaurants in the region, most notably at “The Corner Restaurant” in Frankenmuth, and as a secretary and dental assistant for Dr. Enerman, before moving with her husband to the central Upper Peninsula in the mid-1990s.

In about 2001, Mickey returned here to Carrollton to care for her elderly mother while being employed at Ryan's/Fire Mountain in Saginaw Township. She and Larry relocated to Birch Run following her mother’s passing. After being widowed, Mickey moved to the Standish area, where she had most recently resided.

In her free time, "Aunt Mica," as she was known to family, enjoyed watching old movies with Larry, spending time with her siblings and nieces and nephews, taking care of her cats (and the neighborhood stray cats, who always had a friend in her!), and especially loved visiting the casino with her siblings.

Mickey is survived by her siblings Alberto (Carol) Gonzalez and Refugia "Fuji" (Robert) Baszler, and many nieces, nephews, and cousins. In addition to her husband, she was predeceased by her siblings: Hilario "Lalo" Gonzalez, Angie Melcher, Carlos Gonzalez, and Gumecindo "Junior" Gonzalez; one nephew, Christopher Gonzalez; and her best friend since childhood, Marcia Ann (Tomaszewski) Cronk.

In accordance with our Aunt Mica’s wishes, cremation has taken place and there will be no public visitation.  A private Funeral Mass has been held with burial on a family plot at Mount Olivet Cemetery.  Considerations may be made in her honor to V.O.I.C.E. (Valley Organization for Improved Communications and Equality for the Deaf and Hard-of-Hearing) of Midland, MI or to the Foundation for Women’s Cancer.  To sign online guestbook, visit www.cremationsocietymidmi.com  Arrangements made with Cremation Society of Mid-Michigan.

Share Your Memory of
Marie
Upload Your Memory View All Memories
Be the first to upload a memory!
Share A Memory