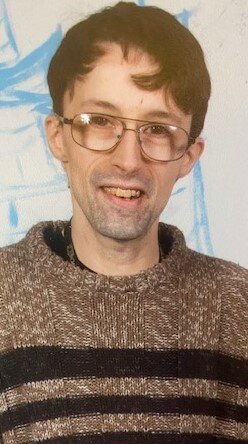 Please share a memory of Daniel to include in a keepsake book for family and friends.
View Tribute Book

Dan was born in Lansing, Michigan on October 31, 1976, and later adopted by LeeAnne Bramer and Roy Harter. During his life, Dan enjoyed all superheroes, watching Duck Dynasty, playing video games, shooting pool with his stepfather, and hanging out with his friends and family.

A memorial Luncheon will be held at at 3:30 pm, Friday, October 28, 2022, at the Korner Pub, 1017 W. Main St., Owosso MI Friday October 28, 2022.  To sign online guestbook, www.cremationsocietymidmi.com  Arrangements made with Cremation Society of Mid Michigan.

To send flowers to the family or plant a tree in memory of Daniel Harter, please visit Tribute Store
Friday
28
October

Share Your Memory of
Daniel
Upload Your Memory View All Memories
Be the first to upload a memory!
Share A Memory
Send Flowers
Plant a Tree