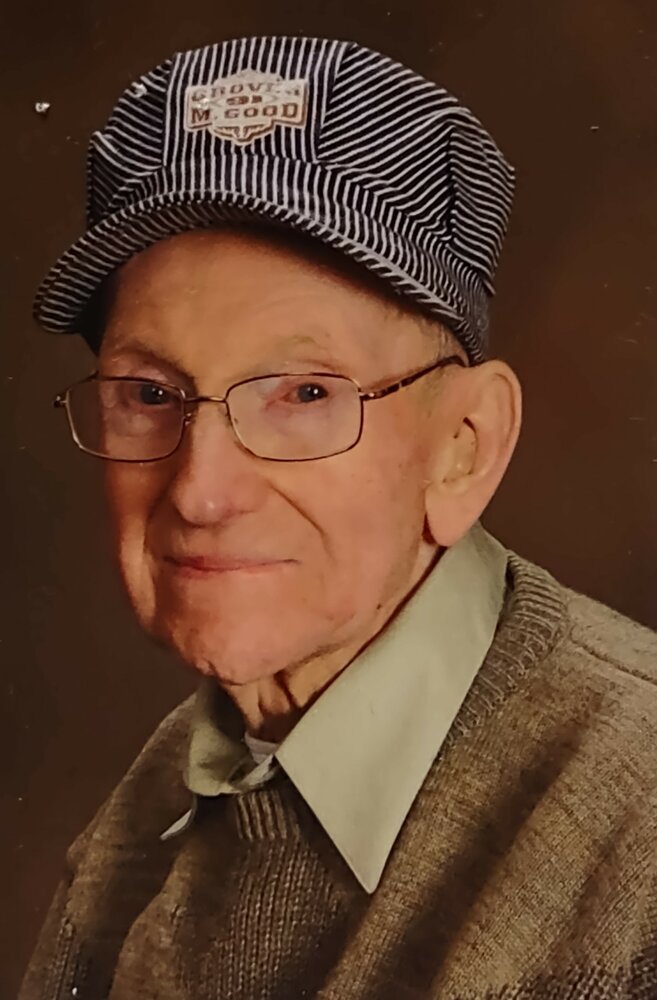 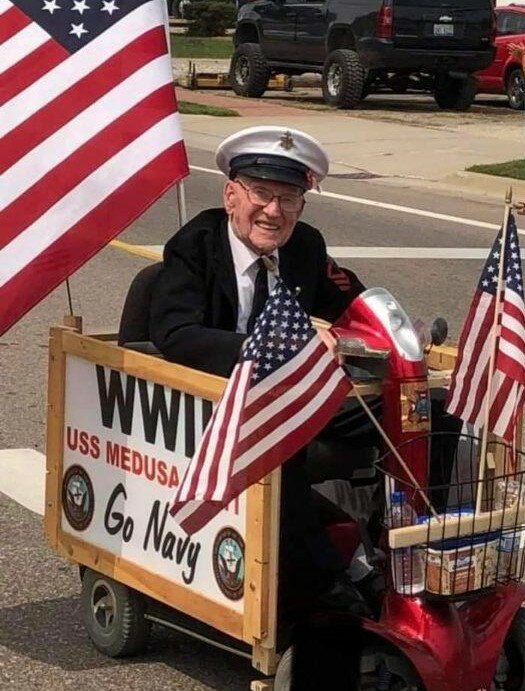 Please share a memory of Grover to include in a keepsake book for family and friends.
View Tribute Book

Grover Good, age101, of Flint, Michigan, passed away November 4, 2022 at his residence. He was born in Flint, Michigan on March 16, 1921 and was an avid toymaker and wood worker his entire life. As a tool & die maker for Fisher Body 1 for 41 years, he still found time to be a farmer, avid 4-H leader, and United Way Volunteer. He retired to Florida and began working on a large cattle ranch. At 85 he was helping teach computer skills to other retirees.  An avid camping fan, he traveled to many states as a life member of the Masonic Camping Guide Group.

Grover was attending M.I.T. when he enlisted in the Navy at the outbreak of WW II. He attained the rank of Chief Petty Officer First Class while stationed in the Aleutian Islands. In recent years he would be seen at many parades driving his decorated scooter honoring our fallen heroes. In 2019, he was Co-Grand Marshall of the Montrose Blueberry Parade and wore his original dress uniform. As a result of his military service, in 2016, Grover participated in a Veterans Honors Flight to Washington DC, which was sponsored by the VFW, where he was also a life member.

The family will hold a memorial service at a later date when Grover is interred with a military service at the Great Lakes National Cemetery in Holly, Michigan. To sign the online guestbook, visit www.cremationsocietymidmi.com  Arrangements made with the Cremation Society of Mid Michigan.

To send flowers to the family or plant a tree in memory of Grover Good, please visit Tribute Store

Look inside to read what others have shared
Family and friends are coming together online to create a special keepsake. Every memory left on the online obituary will be automatically included in this book.
View Tribute Book
Services for Grover Good
There are no events scheduled. You can still show your support by sending flowers directly to the family, or planting a memorial tree in memory of Grover Good.
Visit the Tribute Store

Share Your Memory of
Grover
Upload Your Memory View All Memories
Be the first to upload a memory!
Share A Memory
Send Flowers
Plant a Tree