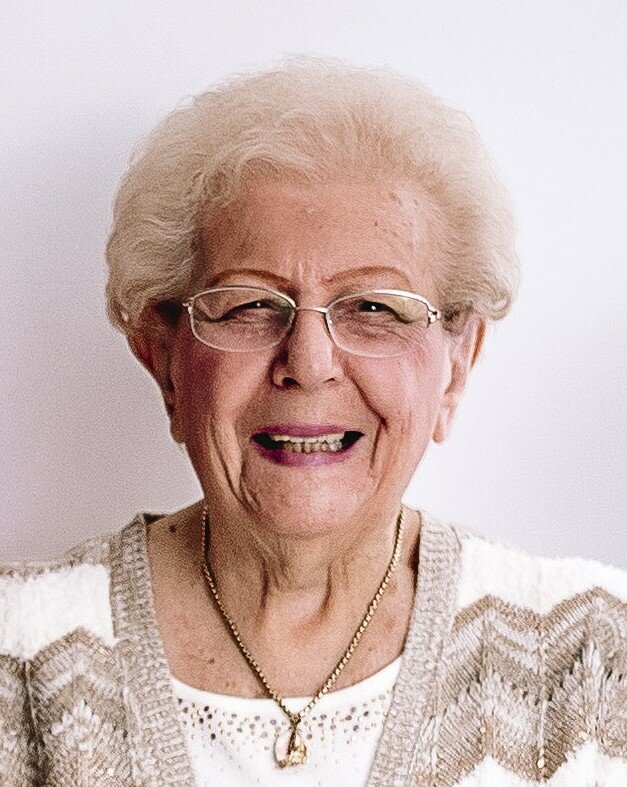 Please share a memory of Doris to include in a keepsake book for family and friends.
View Tribute Book

She grew up in Hazel Park Michigan where she met the love of her life, Robert Henry Holmes.  They married on June 21, 1952.  They spent many wonderful years together at the cottage on the Tittabawassee River.  They enjoyed boating, snowmobiling, and collecting antiques.  Robert preceded her in death on August 31, 1976.

She married John William Blunt on March 7, 1981.  They were members of a CB Radio Club, the Fraternal Order of Eagles, and the Moose Lodge.  They spent their retirement in Gladwin MI in the summer, and Lehigh Acres, FL in the winter.  John preceded her in death on June 24, 2008.

She enjoyed playing cards and organized the card club at her independent living apartment building during the last year of her life.

A Celebration of Life will be held at a later date with interment at White Chapel Cemetery.

In lieu of flowers, those planning an expression of sympathy are asked to consider donating to Brian’s House of Bay City 664 W. Nebobish Road, Essexville MI. 48732. To sign online guestbook, visit www.cremationsocietymidmi.com  Arrangements made with the Cremation Society of Mid-Michigan.

To send flowers to the family or plant a tree in memory of Doris Holmes, please visit Tribute Store

Look inside to read what others have shared
Family and friends are coming together online to create a special keepsake. Every memory left on the online obituary will be automatically included in this book.
View Tribute Book
Services for Doris Holmes
There are no events scheduled. You can still show your support by sending flowers directly to the family, or planting a memorial tree in memory of Doris Holmes.
Visit the Tribute Store

Share Your Memory of
Doris
Upload Your Memory View All Memories
Be the first to upload a memory!
Share A Memory
Send Flowers
Plant a Tree