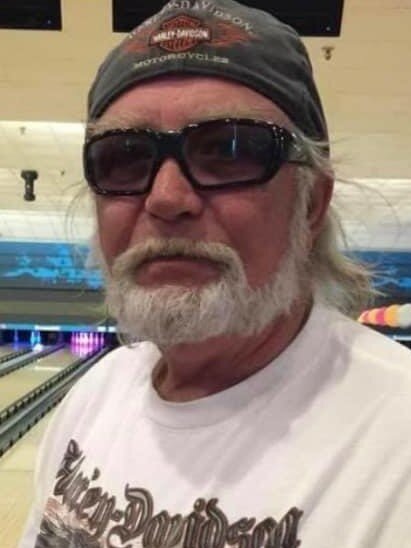 Please share a memory of Alan to include in a keepsake book for family and friends.
View Tribute Book

Alan Arthur “Sarge” Anderson, age 79, of Midland, passed away December 3, 2022. He was born in Bay City Michigan on August 23, 1943 to Arthur and Grace (Anderson) Anderson. He was a graduate of Midland High class of 1963, and served in the Midland National Guard from 1965-1971.  He began working at Dow at the age of 18, eventually working as a crane operator, retiring from Midland Dow Chemical in 1995.  He remained busy, doing various delivery jobs in Midland until his sickness forced him to quit just this year. He very much loved his career at Dow, saying he had the best job ever at Dow, and was very respected in his career.  He was a loyal friend, loving father, proud grandfather, and a dedicated and faithful employee.

Throughout his life, he enjoyed his travels on his Harley Davidson and spending weeks at a time over many summers with groups of friends. In addition, he loved the local racetracks, even visiting most of the NASCAR race tracks in the U.S. He was a former member of the sportsman’s club and enjoyed hunting, lake life, eating and making friends at various restaurants in the area, and being a part of Local Union # 12075. Most of all, he loved cheering at his grandsons sporting and school events, as well as his granddaughter’s dance recitals, bringing her flowers, and enjoying her school events as well.

A Memorial Service will be held at 11 AM, Friday, December 9, 2023, at the VFW, 3013 Bay City Rd., Midland MI 48642.  Those planning an expression of sympathy are asked to consider Memorial Contributions to Brian’s House, 664 W. Nebobish Rd., Essexville MI 48732   To sign online guestbook, visit www.cremationsocietymidmi.com  Arrangements made with the Cremation Society of Mid Michigan.

To send flowers to the family or plant a tree in memory of Alan Anderson, please visit Tribute Store
Friday
9
December

Share Your Memory of
Alan
Upload Your Memory View All Memories
Be the first to upload a memory!
Share A Memory
Send Flowers
Plant a Tree