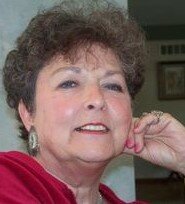 Please share a memory of Cynthia to include in a keepsake book for family and friends.
View Tribute Book

Cynthia A. (née Williams) Davidson of Midland, MI passed away peacefully Wednesday, December 7, 2022, at Toni and Trish House in Auburn, MI (following an illness).  She was born on March 23, 1944, to the late Ilah M. Hughes and Bill T. Williams

Cindy was born March 23, 1944, in Midland, MI. She spent her entire life as a proud member of the Midland community.

Cindy graduated from Midland High School in 1962.  She married Roland B. Davidson Jr on September 21, 1963.  She enjoyed a wonderful career with the Dow Corning Corporation and retired after an impressive 28+ years.

After retiring, “Cyn” and her husband “Jr.” started breeding Appaloosa horses, a hobby which grew into a thoroughbred horse racing farm and business named, ‘Davidson’s Tracks-N-Time’, which also boasted their T-N-T feed store.

Cindy’s love of horses began in 4-H, which she was involved in her whole life.  In addition to serving as an active member and mentor in 4H, she was also part of a performing clown group, which was an especially fun activity for her, as it allowed her to enjoy her love of parades and bringing joy to others. The group often visited nursing homes. In her later life, she continued her 4-H dedication by leading the 4-H Heritage Lambs club, which her grandchildren we part of.  She also enjoyed judging clowns, crafts, and demonstrations at the Midland County Fair.

Cynthia was very creative and known for her artistic flare.  Her brother Tom described Cindy as, “a poet, an artist, and a lover of people.”

She was an animal lover and held a special affection for her many dogs; the two most recent being her Jack Russell terriers Sassy and Sadie.  Other hobbies included going to the racetrack to watch her horses compete, and her favorite way to spend an evening, rain, or shine, was sitting nearby and watching the horses run in their pastures.

Cynthia had planned her passing and requested to be cremated.  The family will have a life celebration at a future date in the spring 2023; In lieu of flowers, those planning an expression of sympathy are to consider making donations in her honor to: Toni and Trish House, 4699 11 Mile Rd., Auburn, MI 48611.

To send flowers to the family or plant a tree in memory of Cynthia Davidson, please visit Tribute Store

Look inside to read what others have shared
Family and friends are coming together online to create a special keepsake. Every memory left on the online obituary will be automatically included in this book.
View Tribute Book
Services for Cynthia Davidson
There are no events scheduled. You can still show your support by sending flowers directly to the family, or planting a memorial tree in memory of Cynthia Davidson.
Visit the Tribute Store

Share Your Memory of
Cynthia
Upload Your Memory View All Memories
Be the first to upload a memory!
Share A Memory
Send Flowers
Plant a Tree